In 2017 the Friends discovered that three Old Conways died in service during the Boer War. 36 other OCs are known to have participated in the war either fighting in the army/RN Brigade or serving at sea. The full story is online here “OCs & The Boer War” .

Members of the Old South African branch of the Conway Club agreed that the South African Conway Centenary Shield presented by them in 1959 should be re-purposed as the Boer War Memorial Shield. It comprises a hardwood plaque in the shape of Africa with a leaping silver springbok, the Conway crest and a dedication plaque. It has now had an additional plaque added listing the names of those old boys  lost in the war.

The photo below left shows it being handed over to Captain Hewitt on Sports Day 1960 by Guy Brooke Smith (44-46). The photo below right shows Guy and the Reverend Simon Douglas Lane  at its dedication in the chapel on 18th June 2017. 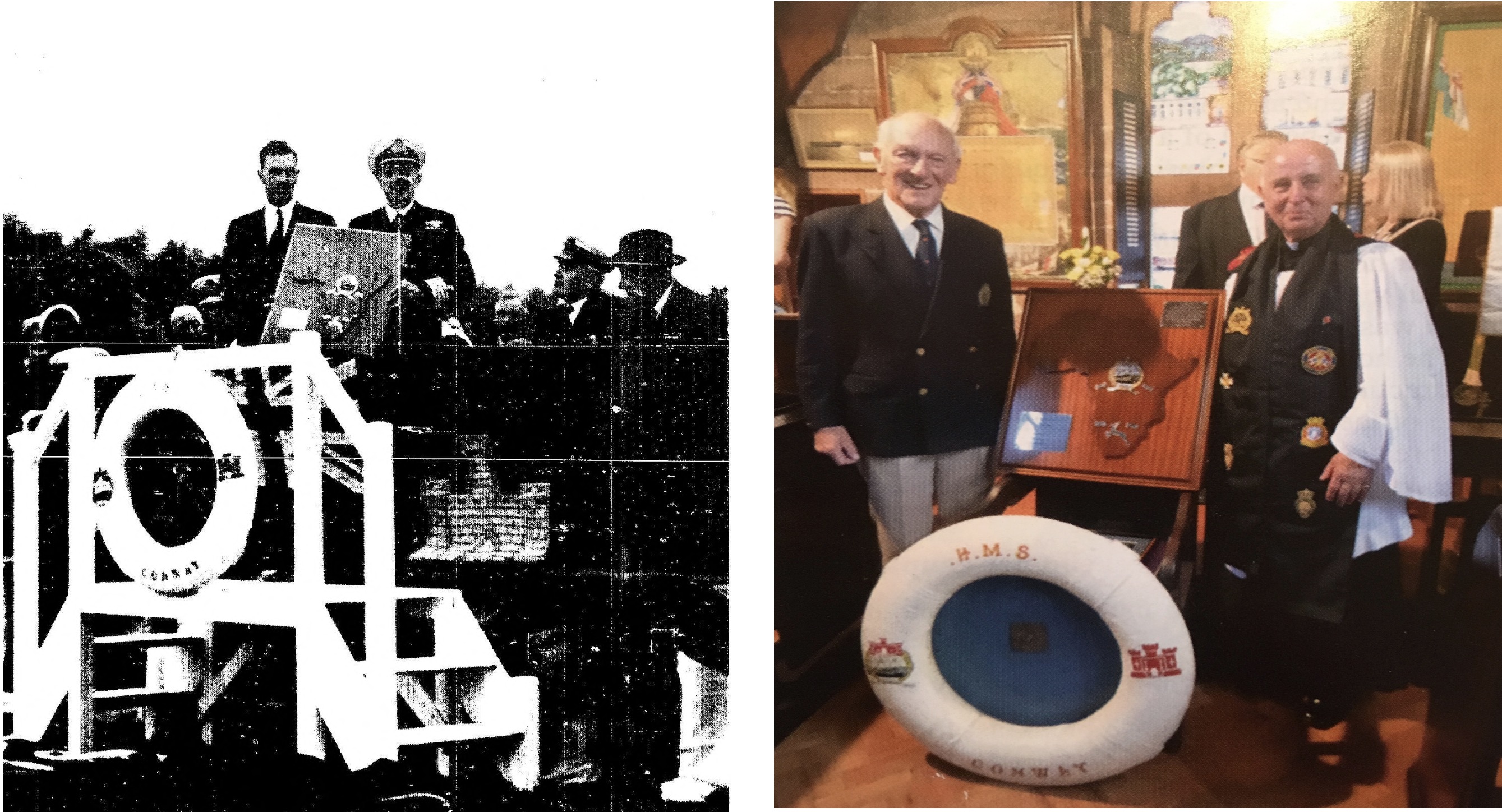