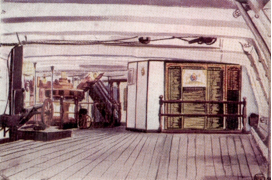 The King’s / Queen’s Gold Medal was awarded every year from 1865 to 1974 and the  board was created to record the names of the winners.

Originally it was in the ship on the port side of the Orlop Deck facing aft. The painting on the right shows it there in 1953. It is now in the chapel.

The medal is perpetuated in the Queen’s Conway Gold Medal awarded annually by the monarch to the best cadet at the Canadian Coast Guard College. 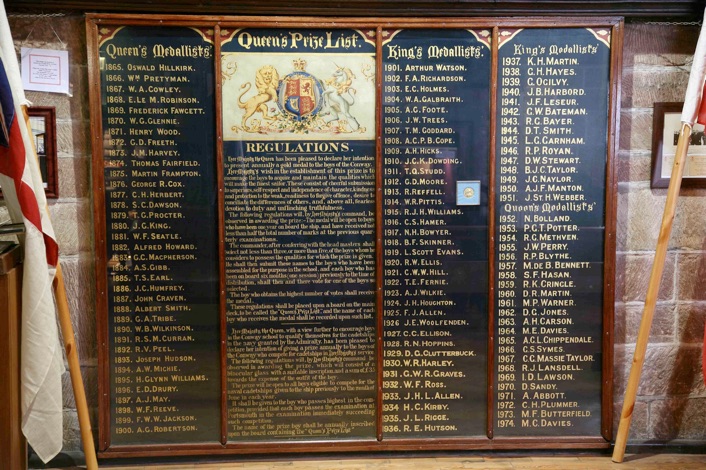