Conway’s association with Plas Newydd and the Paget family was a long and happy one. Senior boys were accommodated onboard the ship moored off Plas Newydd from 13th April 1949 to 14th April 1953 when she was lost while transiting the Swellies. From 1949 to 1974 junior boys spent their first term or two in the Nelson Block, part of the main house. After the loss of the ship training continued ashore for one term in a tented camp, then from 1953 to 1964 in the huts known variously as “The Camp” and “The Huts”, and finally in the “New Block” from 1964 to 1974.

In 2018 the National Trust very kindly agreed to the installation of a Conway memorial window to commemorate the ship’s time at Plas Newydd and of the cadets who trained there. Located at the dock, it is identical in concept to the Bangor Pier Memorial Window and the Conlan Memorial Window at Rock Ferry giving the impression that the ship is still on her old mooring. The memorial was unveiled and dedicated in October 2021. 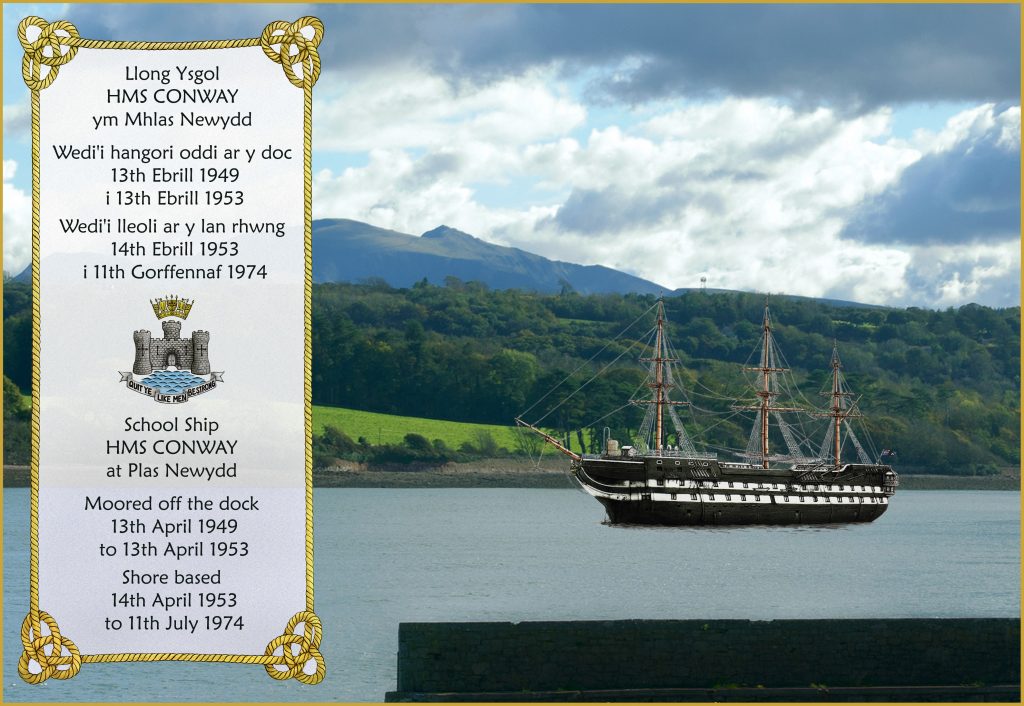 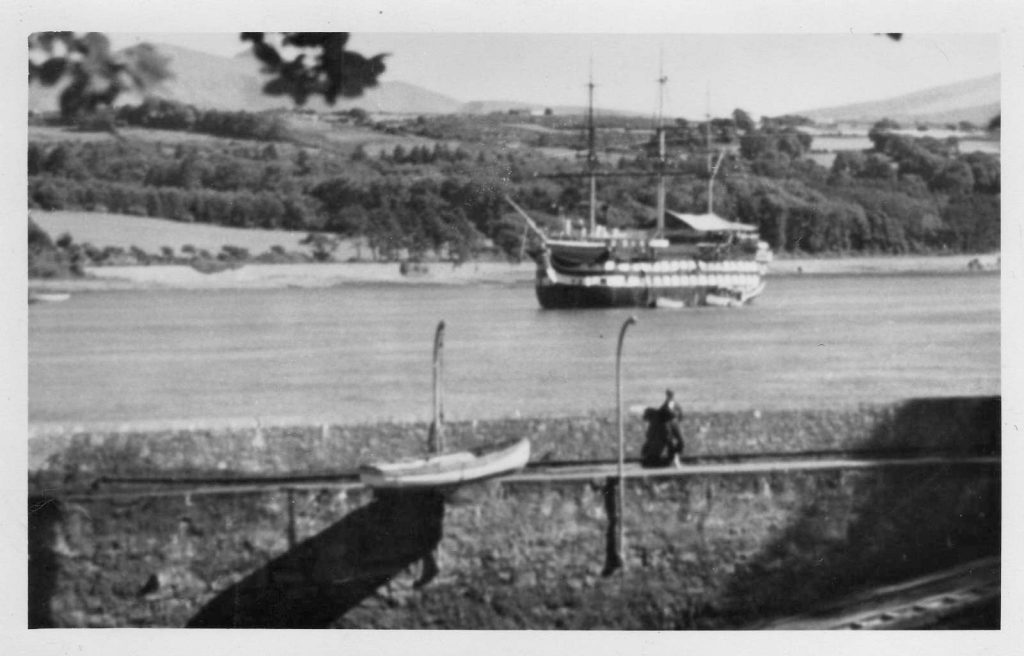