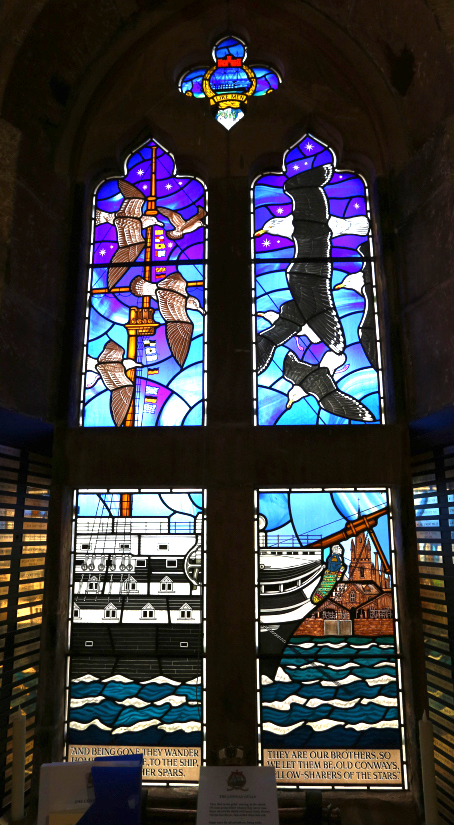 John Masefield OM, Poet Laureate and Old Conway wrote a poem “The Conway Gulls” about the Conway tradition that seagulls are the returning spirits of cadets who have crossed the bar.

They died in the gales’ roaring, in the smash
Of some green billow whence they never rose;
Some diced with Death with many lucky throws
Till the last throw, that nulled them into ash.

Some were for all adventure, being rash;
And others died, in thirst and fever-throes,

On frontiers at the furthest that man goes,
Or on the foreman’s muzzles, in the flash.

And being gone, they wander home again
Here, to the Ship, and settle on her spars,
Mewing and going gleaning in the sea.

They are our brothers, so let them be,
Old Conways, fellow-sharers of the stars,
Advanced another link upon the chain.

The Friends of HMS Conway commissioned this window

to commemorate the tradition and illustrate the poem.

Two sections of the window are shown in close up. 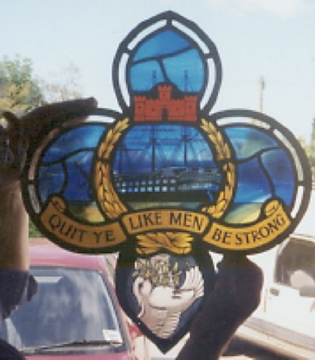 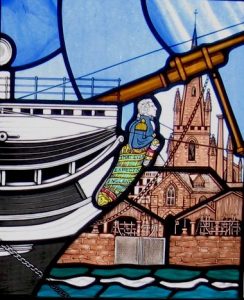